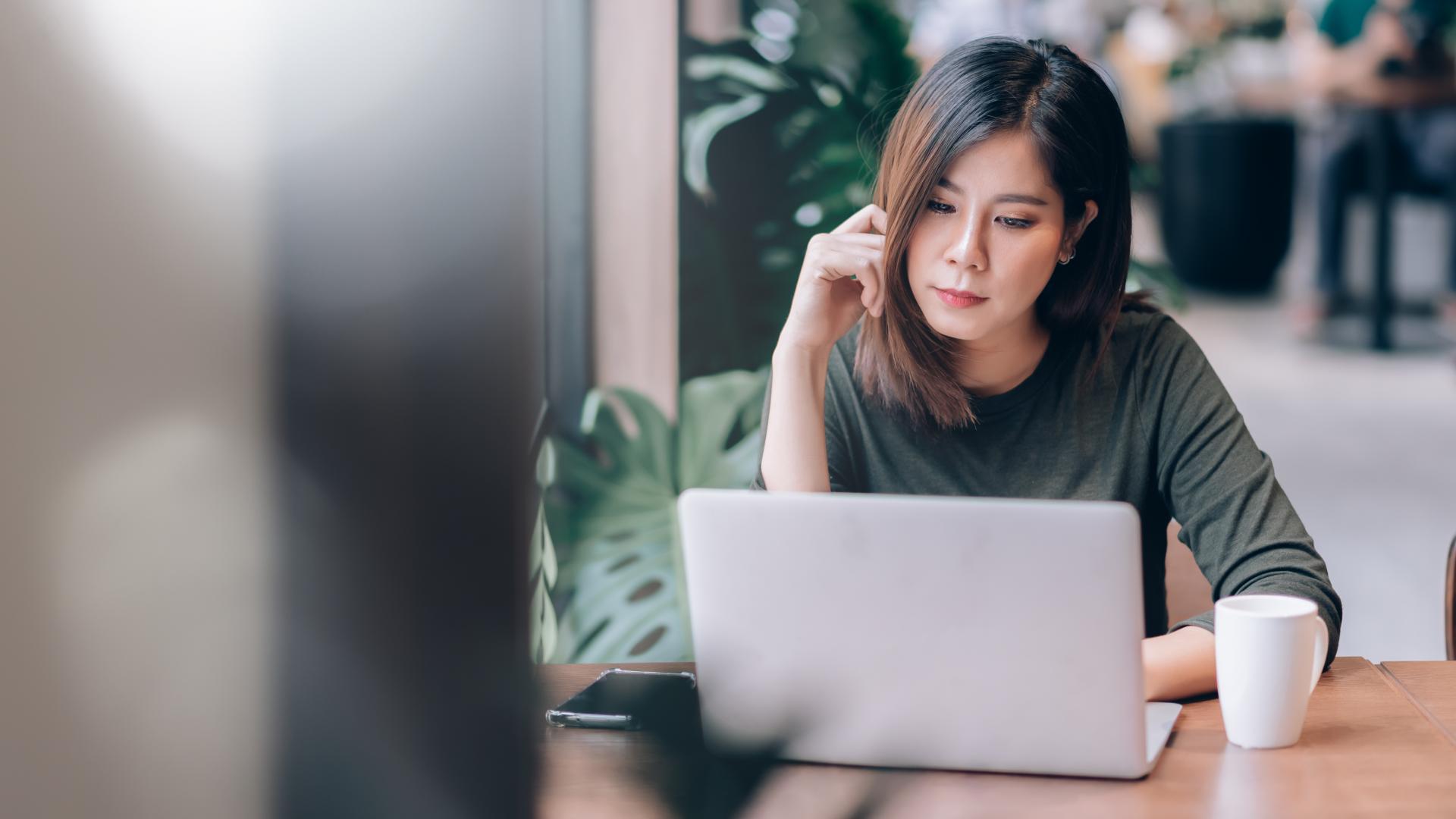 Fly or goodbye - can airlines survive without taking to the skies?

As once profitable airlines look to survive and raise liquidity to weather the turbulence of the Covid-19 pandemic, Ocorian Director, Abigail Holladay and Watson Farley & Williams Partner, Patrick Moore assess the use of alternative assets as a means to raise finance.

With airlines having lost an estimated US$118.5 billion in 2020, it's easy to forget the aviation industry had been enjoying an extended super-cycle prior to the Covid-19 pandemic. There was a boom in new and emerging markets, populations were becoming more mobile, low-cost airline models were well-established and growing competition between lenders was driving down financing costs and lease rates for aircraft.

The pandemic put a swift halt to this progress. Travel restrictions and national lockdowns converged to deliver a significant and prolonged economic shock to the industry, forcing airlines to operate heavily reduced flight schedules and ground significant proportions of their fleets. By September, the International Air Transport Association (IATA) had been expecting full-year traffic levels for 2020 to be down 66 per cent on 2019. The impact has been, and continues to be, severe, particularly for those in the northern hemisphere that have been unable to rely on strong summer revenues to sustain them through winter.

Governments have provided various financial support packages for airlines in an aggregate amount totalling an estimated US$173 billion. The availability, level and form of support has varied from one country to another. In some cases, support has been subject to conditions that airlines would likely resist in other times – stipulations as to equity stakes, restrictions on dividend payments, reductions in carbon emissions, the implementation of cost cutting measures, the renegotiation of existing liabilities and adjustments to employment conditions. Nevertheless, those airlines that receive support are often better placed to raise additional capital in the markets, as a result of increased confidence from investors that they will be able to survive.

Governments’ ability to support airlines, however, is not unlimited. As the pandemic and airlines’ pain continues, governments have to weigh the merits of providing further support to airlines against the many other competing priorities.

Although there is optimism that the recent approval of vaccines signals the beginning of the end of the pandemic, the emergence of new strains of the virus and renewed lockdowns in the UK and abroad have dampened hopes that airline revenues are likely to rebound in the near term. Many speculate that there will be a greater number of airline restructurings and insolvencies in 2021 and going into 2022 than we saw last year. Securing liquidity remains key to airlines trying to ride out the storm.

Airlines need to spread their wings to survive

When lockdowns took effect around the globe, airlines were quick to try and stop the bleeding of cash and to raise funds to enable them to ‘trade through’ a period of supressed revenues.

In a climate of depressed aircraft values and with many established lenders in the market putting a pause on lending to the sector, however, airlines have been forced to look beyond their usual sources of finance – loans secured against their aircraft, sale and leaseback transactions, bank facilities and unsecured bond issuances.

They have had to become more innovative in finding ways to leverage their assets and revenue streams.

One trend that has emerged, particularly in the United States, has been the use of intangible assets, frequent flyer programmes, brand IP rights and airport landing slots, to raise finance. New lending has also been secured on various non-aircraft assets, such as hangars, spare parts, equipment and flight simulators.

Raising capital against these ‘alternative assets’ is not a new concept. Prior to the pandemic, for example, several airlines in the United States had secured their slots, gates and routes as part of a broader collateral package for corporate loan facilities. In Europe also, there had been a handful of slot financings. These included Virgin Atlantic’s £250 million securitisation of its Heathrow slot portfolio in 2015, a ‘first of its kind’ transaction. The value of slots in the restructuring context had also already been seen in 2019 with Norwegian Air Shuttle’s rollover of bonds, achieved by offering indirect security over its slots at Gatwick.

Since the onset of the pandemic, a series of large-scale transactions by airlines in the United States has demonstrated the attractiveness of these asset classes amongst investors.

In April 2020, Delta Air Lines raised $5 billion under a package of loans and bonds secured by slots at airports in New York and at Heathrow. American Airlines borrowed $2.5 billion against its own New York and Heathrow slots before issuing a further $1.2 billion of debt secured against its brand and domestic slot portfolio.

The largest of these transactions, however, were those secured against the airlines’ loyalty programmes. United Airlines raised $6.8 billion in June, offering-up its MileagePlus programme as security. In September, Delta Air Lines followed suit with the industry’s largest debt issuance to-date, raising $9 billion of new debt secured against its SkyMiles frequent-flyer programme, having initially only sought to raise $6.5 billion from the transaction.

When compared to aircraft, these intangible assets are less homogenous, less liquid and more difficult to value. However, an airline can readily replace its aircraft should it need to, whereas these assets are critical to the airline’s continued operations. An airline will not be able to operate flights without landing slots. Without its loyalty programme, it is unable to contact its database of customers, and it would be unrecognisable to consumers without its brand or website. This critical nature of the collateral provides the investor with influence and leverage in any subsequent restructuring of the airline, in addition to its realisation value on enforcement.

While a number of these transactions have taken the form of secured lending provided directly to the airline itself, such a structure carries the risk that enforcement against the asset may be frustrated by a stay on enforcement or other consequences of an insolvency process affecting the airline. Many of these transactions have therefore been structured as on-balance sheet securitisations, with the collateral assets being transferred to a bankruptcy-remote subsidiary which acts as the borrower or issuing entity. The jurisdiction of incorporation for that subsidiary may be different to the airline’s home jurisdiction as a result of various insolvency and tax considerations. In that case, or in the case of an off-balance sheet structure involving an ‘orphan’ borrower, a professional corporate servicer may be required to manage the entity or to provide local directors.

Investors in transactions involving these assets typically include institutional investors and, in the current market with higher returns on offer, private equity and alternative investment funds. They will be represented by a trustee or agent who will carry out the administrative functions of communicating with the airline throughout the life of the transaction and who will distribute notices and information and coordinate with the investors.

Having received limited attention in better times, the assets underpinning some of the largest capital raises ever to be seen in the industry are now firmly in the spotlight. The successes of airlines in the United States have set a strong precedent and cleared the path for others in Europe and further afield to follow suit.

With travel disruption continuing into Q1 2021 and pre-Covid flight numbers not expected to return until 2024, further airline restructurings and insolvencies appear inevitable. For some, however, these alternative assets may just prove to be the vital lifeline that keeps them airborne.

Our structured finance and restructuring team has nearly 20 years’ experience in the domiciliation and administration of all types of funding structures used in transportation (aviation, rail and maritime) and securitisation, corporate debt funding, holding companies and cross-border transactions. In addition, we also provide security trustee and facility agency services to support the debt financing associated with each purchase/sale or lease.

Get in touch with us to discuss how Ocorian can support your funding structure.

Get in touch with Patrick at [email protected]