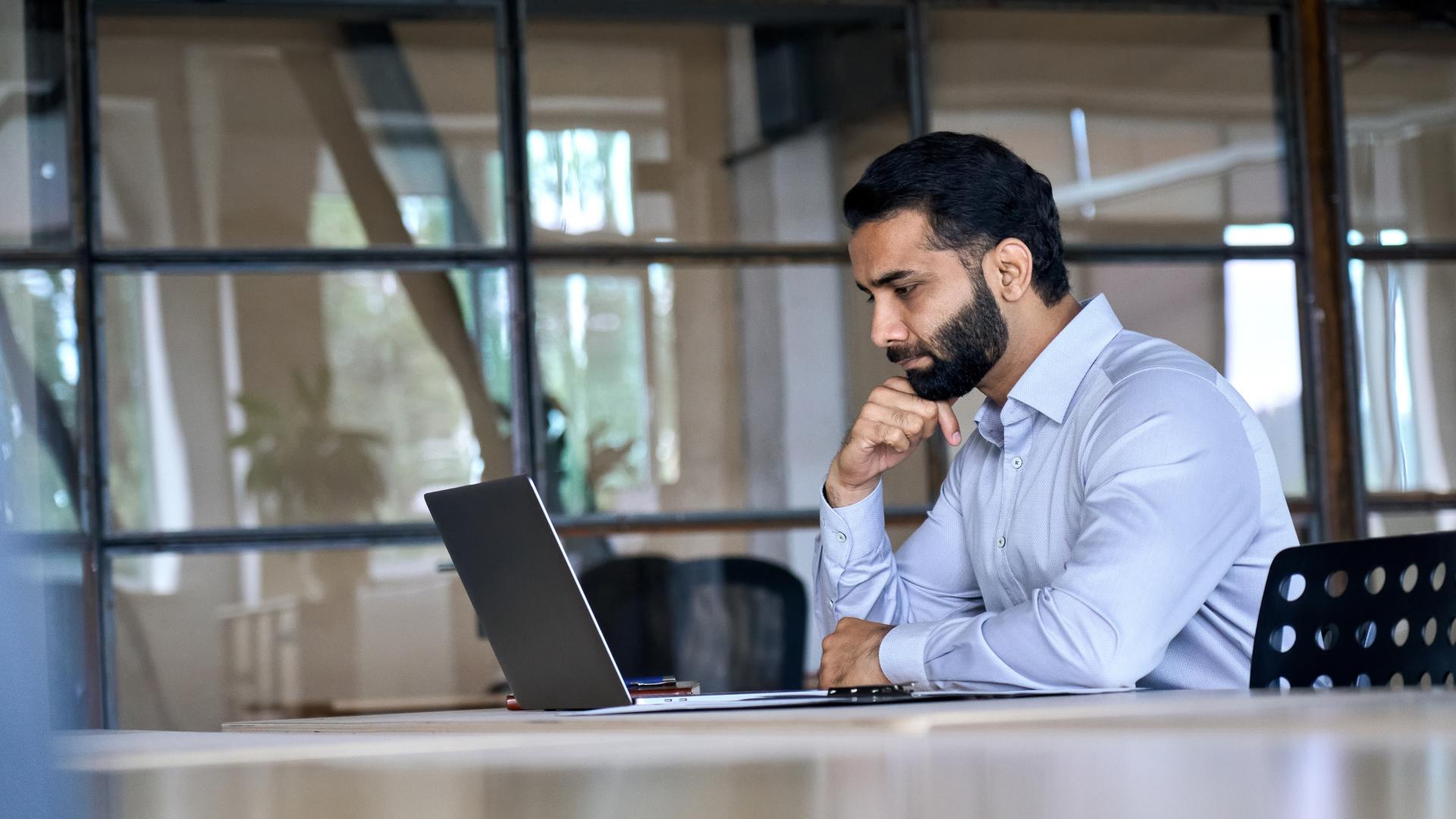 With sound corporate governance directly related to business success, and as many African countries tussle with converting potential into genuine returns, Ocorian Director for the Africa region, John Félicité presents a series of articles examining corporate governance as a vehicle for catalysing growth on the continent. Part two will examine the compositions of boards and how modern pressures are forcing them to adapt in order to instil effective corporate governance procedures.

Part Three - How can corporate governance catalyse growth in Africa?

How we govern ourselves in the coming decades within and among nations will determine the landscape of the 21st century. Much hangs on our ability to balance the need to recognise and respect distinct cultures, and the need to embrace intense global interdependence, all the while responding to the demands for greater participation in the political process.

Governing today is about delivering on promises, the ability to articulate what will be done and to then execute it effectively. Governments know that they need to come up with clear and coherent ideas that can be understood by all of the population. For example, usually most first time head of states have to learn on the job to do what they think and have promised they can do. As noted by Tony Blair in 2012, "an unfortunate lesson of being Prime Minister is that you are at your most popular when you are at your least effective". The risk taking involved in clearly articulating and defining a progressive vision for the future is what defines great leadership. In order to achieve that vision as much as possible, there is a requirement for effective risk management.

It is the combination of great leadership and sound strategy that increases the chances of governance methods being approved by the public, resulting in intelligent governance. As covered in part one, intelligent governance is the alignment of society's value chain - not from the top down or bottom up, but shared in responsibility and in the use of the resources at each government's disposal to achieve what it sets out to. However, in order for a company to align with the state, it requires its own level of effective governance by responsible and diligent boards.

Unlocking growth through board composition

With the combination of new regulations and rising expectations, the role of independent director is increasingly difficult and much more important than it was in the past.

A major challenge is staying fully informed about the companies of which they act as non-executive directors. Information asymmetry is often the root of governance problems.

Process is also hugely important in the boardroom, not just to make sure a company abides by the governance rules, but also to keep board members engaged and able to fulfil their responsibilities. Perhaps more importantly, process can be critical in establishing the proper balance of power between management and the board. To aid this aspect of governance, around a decade ago in the United States governance rules passed requiring independent directors meet executive directors without the CEO present. These sessions allow for frank and honest analysis about the current state of affairs and explore the possibility for improved governance steps from independent eyes.

Another common issue is that many independent directors lack the in-depth skill and experience of the sector for which the firm that are acting in are involved; it is the senior executives who have spent much longer in the sector who understand the realities of their sector, competitors, practices and customer needs. Additionally, independent directors typically only have limited engagement with the company and boards they are involved with, meeting perhaps six to eight times per year.

Independent directors should be advocates and enforcers of sound governance principles. They should not allow themselves to be bullied by executives on the board who feel that, because something is industry standard it should simply be done without question of timeliness or relevance. This is especially important during challenging times or when the company is in crisis. Too many directors accept board governance as it is, without suggesting process improvements that would make a difference; some directors even resist them.

Whilst all non-executive and executive directors acknowledge that choosing the right leader for a company is their most important role, the time actually spent on succession is far too little and the discussion is not nearly as candid as it should be.

Some firms have a 'hit by a bus solution', even if just for an interim leader to take charge whilst they think of a more permanent plan, but this should be discussed over a much longer period and taken with a consensus view. To help form a judgement, knowledge of candidates and how they react in crises or under pressure, an appreciation of how candidates have developed over the years and how they learn from previous assignments are all aspects that will aid decision making.

Through the activities described above, the board may decide that the internal candidates may not have the necessary skills at that time in the company's life to take it to the next level, or they may decide that an internal candidate should be coached while an external is parachuted in for an interim period. The challenge with external hires is that they may look great on paper, but once within the organisation, something such as cultural fit or operational practices may cause a new set of issues.

One area that is often not discussed but is an important consideration is the age of the potential candidate for the role of CEO. They should not be so close in age to the current CEO that their tenure prior to retirement is short, nor should they be so young that they have not had the time to acquire the experiences they need for such a major task.

In unfortunate circumstances, some leaders may feel threatened and not wish to discuss succession plans as they may not have achieved their own goals. This could lead to delays or agenda's being rewritten to focus on other areas; or in the worst case scenario, a candidate may be chosen by the incumbent knowing that the board will never agree to their appointment.

Boards must adapt to the times

Good governance centres on trust. Therefore, it is essential for board members to understand each other, allowing time to express their thoughts with one another. Given the fact that many board meetings across the world are conducted via telephone or video conference, it is of paramount importance that the levels of trust are high enough to ensure that members can speak their minds without fear of rebuke. In times of crisis, the trust built during times of relative calm will make the difference between consensus and confrontation.

With large swathes of the business world embracing diversity and inclusivity, when a board comes together it must ensure that it  has sufficient vision to ensure that it is diverse enough in its thoughts and experiences, both cultural and non-cultural. When considering the global market place, diversity and inclusivity are far more important today than they were 50 years ago. If the company has ambitions to be global and understand its customers' perspectives, the board needs to be as diverse as its customer base. Picking candidates who have all come from the same cultural or educational background will only see them thinking along the same lines, meaning the board will suffer from an inherent lack of diversity of vision.

The diversity of perspectives that board members bring to the role can be a considerable strength for the companies they serve. But how do the organisations balance and implement the best of the differing views? If the below three areas are thoughtfully considered, the outcome should lead to an improvement in governance:

Post economic crisis, the emphasis of governance is moving away from the straight forward regulatory compliance that was a direct result of scandals seen in the early 2000s such as Enron and WorldCom. The emphasis is now increasingly focussed on the performance of the company, long term value creation for shareholders and an increased spotlight on what needs to be done to increase enterprise value. The implication for this swing in attitudes is that the expectations for those being recruited to boards are changing; as are the expectations of how they are supposed to add value. This is of course, an ongoing process.

There is also a focus on knowledge gained through deep industry experience as well as experience gained from outside the industry on themes such as strategy, operations, technology. The next major implication is that boards are expecting much more from their CEOs. It is not clear if this is a result of increased demand by shareholders, or a general expectation of continuous updates and reports as technology allows for the frequent transmission of information.

Whilst it is important for non-executive and executive directors to have exposure to external boards in order to bring a wider level of experience and knowledge, there is also a requirement to understand that we can only do so much in 24 hours. Perhaps consideration should be given to the number of boards people may be part of. This would ensure that sufficient time is given to effectively discuss the strategic issues of the companies they are responsible for.

In China, large banks and businesses favour a model in which the state owns a large proportion of company shares. These models are not in fact unique to China, but are followed in Australia, Israel, Singapore and a number of other nations. The challenge with this model is how to manage complex networks of trust agency relationships. In these types of organisations, reliance on incentive systems alone may to do more harm than good.  Each has its own strengths and weaknesses, but many would agree that the key to effective governance is a balance between short and long-term profits, versus short and long-term risks.

As part of the new understanding of intelligent governance, it would be helpful if boards are able to define what they mean by value creation. Is it financial, social or a combination of both? It is important that new board members have a firm understanding of how value is created at the company level, the industry level and what role they have to play in the social contract with society.

Fostering a culture of success

Following the last economic crisis, the emphasis of governance shifted to regulatory compliance as a form of risk management. However, as remarked earlier, this emphasis alone is not the sole solution in today's understanding of governance.

The reality is that the key to risk control is to employ good people, those that are not simply ticking boxes but are able to understand the ecosystem within which they work. The emphasis for intelligent governance should be on developing a corporate culture that values Precision, Professionalism and Team work (PPT). After all, good governance is impossible without a good corporate culture.

Therefore, in order for boards to grow and succeed, they must;

In the final part of the series, we assess how Africa must implement corporate governance principles in order to fulfil its potential as the world’s last frontier for business and development.

Through the use of International Financial Centres, we provide governance and board services to companies wishing to build enterprise and shareholder value. You can learn more about those services here.